Dental implantology is the ensemble of surgical techniques aimed to the functional rehabilitation of a patient affected by full and partial edentulism.

This is accomplished through the use of dental implants surgically inserted in the mandible bones or maxilla to anchor or support fixed or removable prosthesis in order to reinstate the chewing function.

The Surgical Center is leader in the immediate loading implantology.

The advantages of “functional implant”: mini invasiveness and immediate resumption of the masticatory function

At the present age Surgery uses such refined techniques that were not even imaginable only few years ago.

It tries to be really low invasive and compliant with the patient’s base anatomy.

Thanks to “functional implantology” patients can recover immediately the chewing function.

Paradoxically, implantology, went the opposite direction, compared to the other and oldest specialties. For this reason, it was necessary to adapt the anatomic district to the medical surgical device and use techniques of regeneration and growth of the available bone amount. Invasiveness obviously raised, causing serious problems to patients undergoing long and painful treatments.

The monophasic transmucosal implantology fixes these problems. Because of a little trauma, the treatment brings out an immediate regain with no functional limits. Primary stability, obtained thanks to solidarization by circumferential sinterization, is the basic element to ensure the osteointegration of implants. Implanting system, obviously, is so far from the imitation concept of the shape of the natural tooth.

This occurrence, however, is common to any bioengineering solutions designed to create artificial organs. The common element is not the imitation of the form but the aim to recreate the function of the organ. An artificial heart, a kidney, a heart-lung machine for extracorporeal circulation, is built with the aim to reproduce the function of the organs they have to replace. This function performs in different ways, especially in relation with the required performances.

During normal gait, a disabled athlete will use a prosthesis that is different than the one required by limited performances such as running.

The chewing function often generates load conditions that borders the limit endurance of the stomatognathic system.

The traditional techniques of dental implants offer methodologies that involve very long invasive operations and force the patient to a prolonged discomfort: the modern technique of dental implants called “functional implantology” allows instead to return immediately to chew and does not require a long-term care.

Dental implants made with the specific methodology of “functional implantology” aim to get a mini-invasiveness compared to tissues and jaw bones, ensuring the immediate recovery of the masticatory function and not interfering with the biological balance of the bones.

The patient who received dental implants according to the method of “functional implantology”, does not have any type of secondary manifestation linked to poor metabolic bone around dental implants themselves, in fact, they are part of the operating casuistry cases dating back more than 35 years ago.

The “functional implant” offers a new innovative concept than “osseointegration”: the “physiointegration”. These are implants that provide for the placing of a surgical device in an organ, respecting the physiology and the biological balance.

Functional Implantology creates a structure able to immediately support the chewing stresses to avoid the post-surgical problems to patient as much as possible.
The description and the aim of the functional implantology is the fast regain of function with the least inconvenience for patient.

Intervention of functional implants no painful

This is one of the questions asked by our patients who are faced with an operation for a dental implant.

In the FAQ section we have tried to answer the most frequently asked questions. 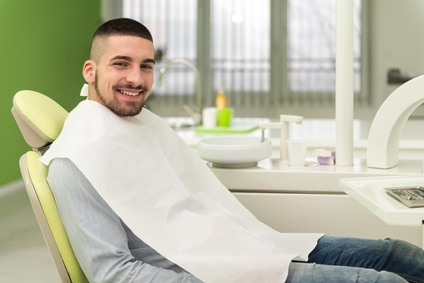